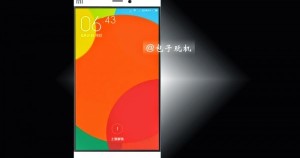 The Latest upcoming smartphone from the Chinese maufacturer Xiaomi may be technically remarkable, and rumors are flying about its specifications and possible price. Xiaomi Mi5 might be launch in 2015, and to make sure that everyone is upto date with all the gossips, we have pulled together with all the news and rumors into this handy guide.

If this leakage photo is real, then  the Mi 5 could be an almost bezel-less big-screen device ready to take on the Galaxy Note 4, and the LG G3,. At the end of this month, an clear shot of what could be the Mi 5 was discovered on the Weibo social network, which is showing a large-screened phone with very thin screen bezels. 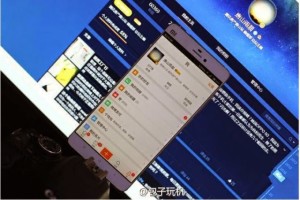 Xiaomi’s Mi5 logo is provide in the top left, while this design looks like similar to the Mi 4. However, those super thin bezels means the screen is likely to be larger than 5-inches. It follows a series of images also posted in the social network Weibo earlier in December.

According to the report which is published by the Economic Dialy News, Xiaomi may choose to launch the Mi 5 smartphone at the CES 2015 consumer electronics show in January. Xiaomi has had a small presence at earlier CES shows, with its phones being displayed by partners such as Qualcomm.
While Xiaomi intends to become a global brand in the future, CEO Lei Jun has recently said that any wide international launch won’t be possible until the world’s number one smartphone manufacturer. Since, Xiaomi sells more than 1.1 million phones in a single day, which is a record breaking.

Since, Rumors regarding the specification suggest that the display is about 5.5-inches, and with a 2560 x 1440 pixels resolution, while the processor runs on a Snapdragon 805, or a Snapdragon 810, with also 3GB of RAM. The Economic Daily News source also mentions Xiaomi Mi5 has a 20.7-megapixel camera, and with a fingerprint sensor being fitted. The question is, could Xiaomi sell a phone with such a high specifications for its traditional low price around $325? 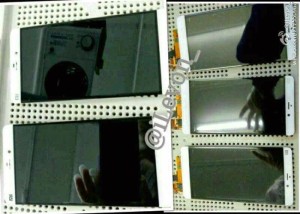 Xiaomi Mi5 flaunts bessel less design in leaked images. The Mi 5 entering the true premium smartphone market at a higher cost.  The authenticity of these images and specifications are not confirmed, and may turn out to be nothing more than speculation. We will know sure about the Xiaomi Mi5 full specifications in detail, when the official specifications of Mi5 is released.