Yureka – A device which created a buzz in the market before its launch and went out of stock on Amazon in just 1 second in its first sale. Yu Yureka is a recently launched handset that comes with cyanogenmod and unbelievable hardware which makes it the best device in its price segment. Lets have a look on Yu Yureka’s detailed review and get to know more about it.

Cyanogenmod is an open source OS based on android that enables its user to get the maximum output fromdevice and provide a better user experience. Basically, cyanogenmod have those features which you can’t find in official android. 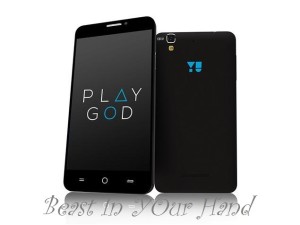 Display: Yureka comes with a 5.5inches touchscreen with colour depth of 16.7M giving a resolution of 720×1280 pixles. Yureka also have a good pixel density that is 267PPI which will help you to enjoy every part of the screen, as far as viewing angels are concerned, yureka also have good viewing angels. Earlier, I used to think that Micromax shall focus more on pixel per inch but this time I am fully satisfied with the pixels. Overall, I would like to say that yureka have a good screen, one shall not expect more than this in this price segment.

Hardware: Hardware is the main part of a handset, every buyer is concerned about RAM, processor, storage, chipset and of course GPU. If you are a gamer or a heavy multi tasker, this device won’t let you feel bad at any moment. Yureka is beautifully configured with 1.5GHz  octa-core which is further divided in Quad-core 1.5 GHz Cortex-A53 & quad-core 1.0 GHz Cortex-A53 processor which won’t only help you in heavy multi tasking but will also help you in running long applications without any lag.

I hope you guys will come to know Yureka to the fullest as it is a detailed review for this device.

Camera : These days none of the handset is complete without a powerful camera and if you are those who love to click selfies & shoot the beauty of surroundings or capture some moments then you are going to love Yureka as it have powerful camera doesn’t matter if we talk about front camera or primary camera, Yureka won’t disappoint you at any point. 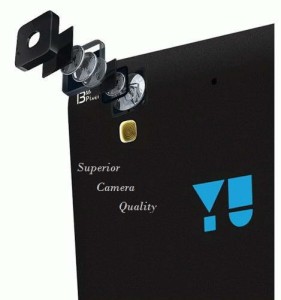 Software: Yu Yureka runs on Cyanogen OS 11 / Android KitKat 4.4 , Cyanogen mod lets you have full control on your android device, unlike other android phones you will see a lot of new features in Yureka which will give you a better user interface.
Battery: Yureka comes with a Li-Po 2500 mAh battery which can give a stand-by time of up to 210hours and talk time of up to 8hours which is far better than other android phone in this price segment.

Conclusion: Yureka is a must buy moble phone, which can fulfill all the desires of a low budget user without any lag. If you are going to buy a smartphone you shall wait till the next sale and try your luck there, you will love the handset. As this much features are not available in the market in this price segment.

Note that YU Yureka can be grabbed via Amazon only as it is exclusively sold in India by Amazon.

Leave a comment and let us know if you liked Yureka’s Detailed review or not. So we can improve the quality for you guys.