A VPN is one of the most reliable solutions to use the internet anonymously without any hassle. Yes, you can hide your identity while browsing online with the use of a VPN. Not only this, a user can also bypass the geo-restrictions imposed on use of certain sites, services, and online media content using a good VPN service. There are thousands of VPN providers that have established their clientele in the market, but not all are trustworthy. Only a few VPN providers offer value for money you spend in buying them. 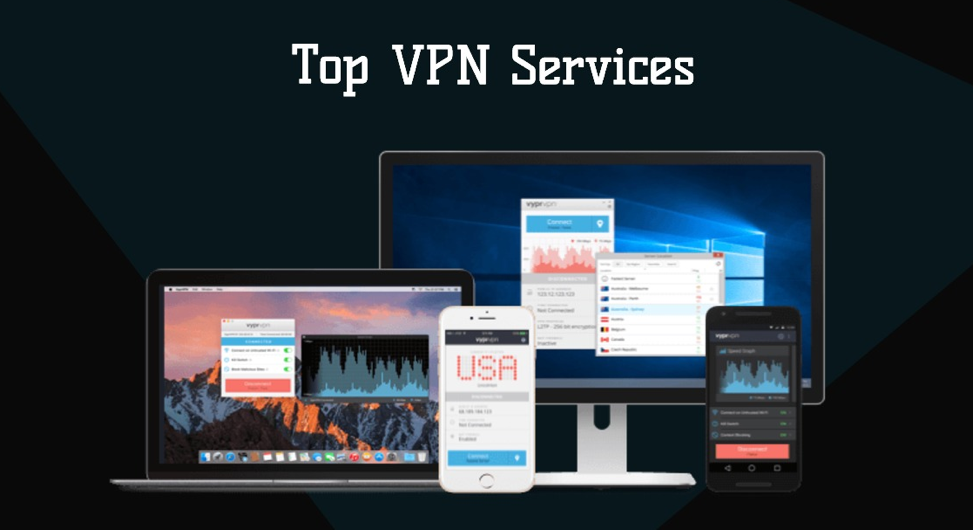 So, we have compiled a list of some of the best VPN providers that offers servers with exceptional speeds. The blazing fast servers ensure that you can stream your media without any buffering and download large files in less time. Try this list and find the best VPN with fasts servers.

NordVPN is Panama based company that launched its services in the year 212 and since then it has touched the skies offering the most powerful services to all its users. It has spread its server network in 60+ nations having more than 2200 servers and half of them are hosted in the US itself. One of the best things admired about NordVPN is that, it doesn’t store the user logs unlike most of the other popular VPNs.

If offers the complete data about the load on the server so that you can find the best server with minimal load to get faster streaming speeds. Moreover, all its servers are encrypted with military grade encryption. The network traffic is routed twice so there is no change of leakage of data to any intruder. Its DNS Leak protection ensures that it uses its own servers for routing the traffic so that your ISP never gets to know about your browsing logs. The automatic kill switch terminates all the browsing sessions in case your connection is slow or lost.

The live support is one of the recently added features to NordVPN that was being missing from quite a long time. The exceptional support and good streaming speed is what its user loves about NordVPN. Apart from all this, it is available for multiple platforms including iOS, Mac, Android, Windows, and Linux as well. Moreover it works on few routers, Amazon Fire TV stick and also has a browser extension.

IPVanish is another popular VPN provider that offers blazing fast servers to stream your favorite videos without any restrictions and buffering. You will fall in love with the streaming speed. The only thing about this VPN you might not like will be its inability to unblock all the streaming services. It has its servers in 60+ nations.

IPVanish comes with several features like DNS leak protection, automatic kill switch, strict no-logs policy, IPv6 leak protection, and many more. A number of users find it awesome when used for Kodi streaming and handling the P2P traffic. It is also multi-platform oriented and is available for Windows, Android, Mac, and iOS users and also for Amazon Fire TV stick.

CyberGhost went popular after offering its free services to the users. The users loved its free services and then switched to the premium version of this VPN. Though it has only 1000+ servers in just 35+ locations of the world, it is still one of the fastest VPNs when it comes to the streaming speed. You can easily unblock a number of streaming services including the lights of Hulu, Kodi, Netflix and few more.

It doesn’t store the user logs and ensures that the web traffic is routed through its VPN tunnel safely. It takes care of your online security and blocks the malware/ads as well. The automatic HTTPS redirect and anti-tracking features are some of the major highlights of this VPN. CyberGhost Pro is also available for Android, iOS, Windows, and Mac users.

Hide.me is one of the most recommended VPN providers when it comes to the server speed. It also boasts to have the world fastest servers. Hide.me offers a free lifetime plan to the users that comes with a 2GB monthly data transfer limit, limited protocol support, and no port forwarding. Apart from this, you can access its premium plan as well paying the charge according to the plans. The server performance is always high and they show 99.9% server uptime.

If you want to unblock all the streaming services like Netflix, Hulu, HBO and many others, Hide.me can turn out to be an ideal choice. The live chat support makes it easier for you to get the query solved instantly. You can even get the support through email tickets. It is also a certified logless VPN provider.

When we talk about blazing fast servers, how can the ZoogVPN stay behind? Though it is one of the newest VPN providers in this list, the servers are still very fast than most of the popular VPN providers available on the internet. It uses 256-Bit AES encryption technology that forms the basis of your online security. The strict no-logs policy prevents your privacy from getting exposed.

ZoogVPN is multi-platforms oriented and works fabulously on Windows, iOS, Android, Blackberry, Mac, and Linux devices. It is suitable for routers as well. Though live chat feature is absent on ZoogVPN, the email support staff is quick to respond to the user queries. Apart from all this, ZoogVPN still holds a good reputation in people’s eye and thousands of people love its services.

It is really important to go with a VPN offering blazing fast servers if you are the one who loves to stream too much on the web. The fast servers will ensure that you get good streaming speeds and can download the big files in less time on your device. So, we have listed some of the fastest VPN providers available on the internet for the users who love to stream.