OS X Yosemite is the latest release from Mac which is more suitable with IOS devices than before and it has more functions to tweak your gadget. But how would you record video using iPhone, iPad or iPod touch on Mac??? 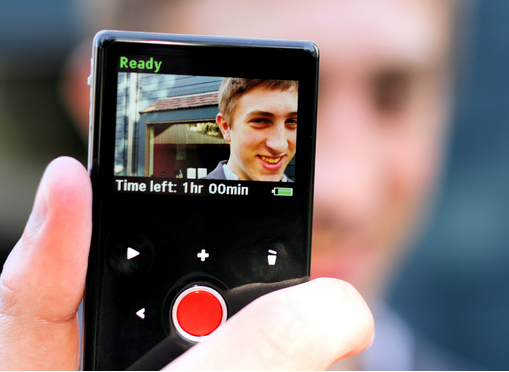 You can record videos on Mac without any external apps. Sounds cool, Huh! Recently Quick Time Player received a new feature in OS X Yosemite that enables recording through your device. Now you can capture videos from iPhone, iPad or iPod touch.

It’s really superb if you are trying to record a tutorial or showing of your iPhone’s to your friends. Previously we need to lacerate around with AirPlay and install other components on your Mac. Then we need to suffer from lower video qualities (Since AirPlay compresses the video).

But you’ll be glad after knowing that recording through Quick Time Player is fully  outstanding; it’s just superb , high quality video that swing by the Lightening cable directly into your Mac. So let’s dig inside to discover how to record video using iPhone, iPad or iPod touch on Mac?

How to record video using iPhone, iPad or iPod touch on Mac

See also :  how to transfer iPhone videos to iPad or PC without iTunes or iCloud

So if you’re an IOS user and wanna capture videos from your hardware then you realized that how to record video using iPhone, iPad or iPod touch on Mac?? I hope that it’s crystal clear now but if you have any questions then feel free to ask. So, did you like this method or are you using anything else ?????

“How to save online videos to computer and iPhone/iPad with Online Video Downloader.”