Nowadays, android devices are getting popular day by day even more than IOS or Windows Phone due its performance and the main thing its interface, GUI. It’s GUI is easily customable and editable plus some big and good companies like HTC and Xolo have their own GUI (or you can call them launchers) too for their android mobiles. These days, many phone manufacturers try their best to change the theme of their phone, but it has always lacked somewhere in the mindset of the audience and that’s the reason today we are here to discuss the Top 5 Best Free Launcher Apps for Android of 2014-2015. 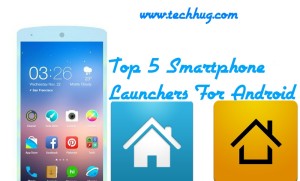 Google Now Launcher
The Google Now Launcher comes standard with Google Experience KitKat gadgets, yet as of late Google made it accessible in the Play Store. The enormous draw with Google’s launcher is that Google Now is constantly available by swiping to the furthest left screen. Other than simple Google Now get to, it’s much the same as your ordinary default launcher – nitty gritty or enhancements, no custom symbol or subject backing, just gadgets, applications, and alternate routes. A straightforward, down-deep down experience

Nova Launcher
Nova launcher is one of the best launcher in our list, it is marked at 3 positions due to its quality and launcher finish. While using this launcher it gives a royal feel because of its built. We can edit and customize this launcher in any way which we want to, like you can customize the icon’s of the apps, we can also create a scrollable dock which can be scrolled to multiple pages and multiple home screens. Nova also lets you to create a different folder for previews and background, including an option to choose a custom pattern. This app is available in two variants 1. Free 2. Paid, known as Nova Prime Launcher

Launcher 8
Some people love to customize their phones that much that it looks just similar to another but it has always lacked some where but if you want your phone to look as same as windows phone 8 then you might be interested to download the launcher 8 as it the best rated launcher for using with android to make it look like windows phone 8 plus this launcher allows you to customize the size and shape of the titles in the launcher. You can also change apps in tiles.

Launcher For IOS (iPhone Look)
Launcher For IOS, is the best launcher for those who want to make their phone look just similar to the iPhone or to IOS7. This app enables you to change themes (background color). In this app you can easily customize the icon, dock and theme too and convert your Android phone into iPhone or iPad :p

Conclusion
All these were some the awesome launchers of 2014 and 2015. Hope that you loved to check out our post on Top 5 Best Free Launcher Apps for Android of 2014-2015. Please make comments below and share the post as much as you can because sharing is caring and is sexy too. :-v